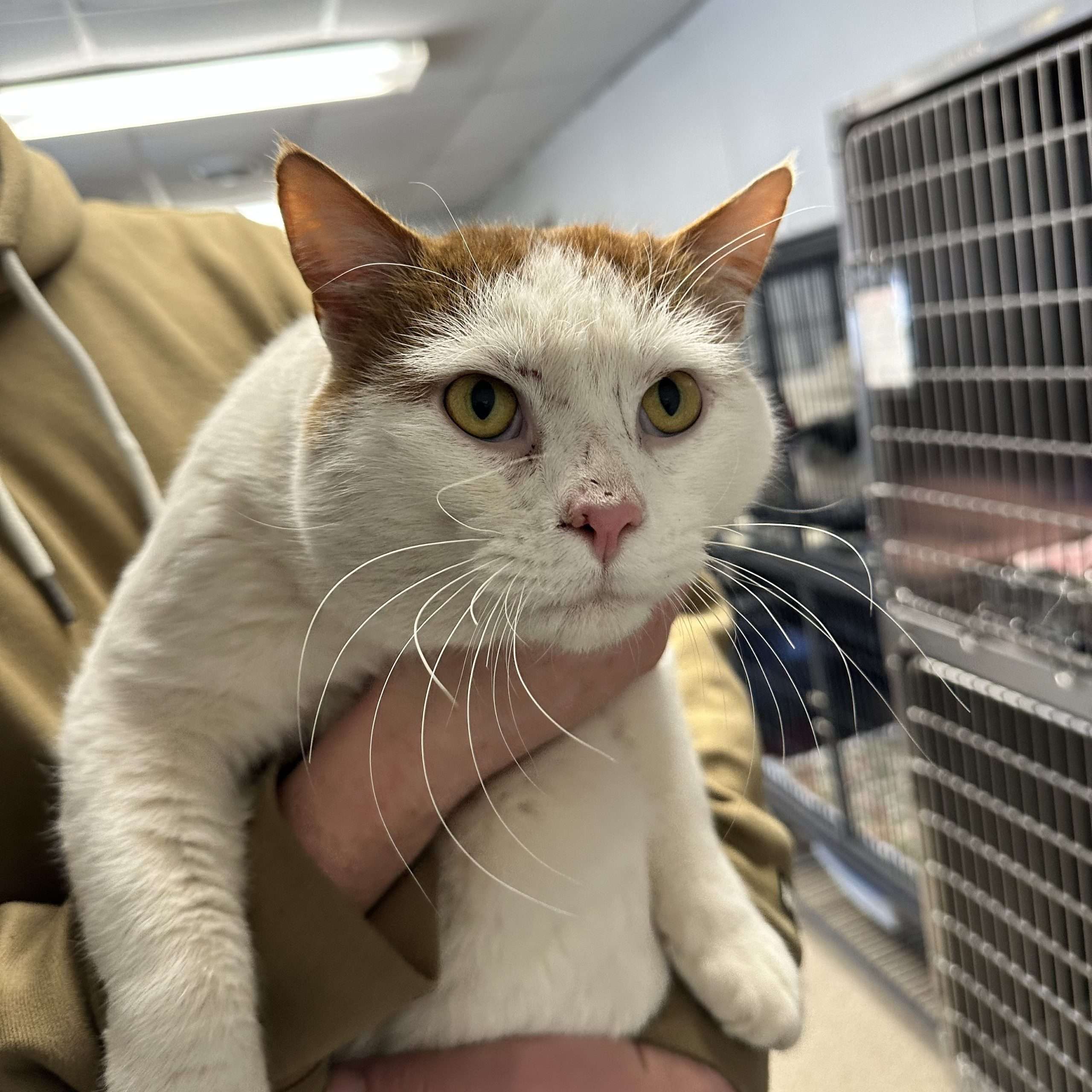 Krash  is a 5 year old shorthair that was found stray.  Krash is a quirky cat, who has quite the appetite. He is very friendly, and can’t get enough attention. He can be a little timid in new situations, but as long as treats are on stand-by he warms up quickly. Krash would love a home where he can look out the windows to watch the birds, but also spend his days napping on the couch. Krash needs to be the ONLY cat and cannot go outside as he is positive for Feline Leukemia. He is due to be re-tested in 6 months to see if he has cleared it. For any other questions about Feline Leukemia and Krash you can always give the shelter a call. 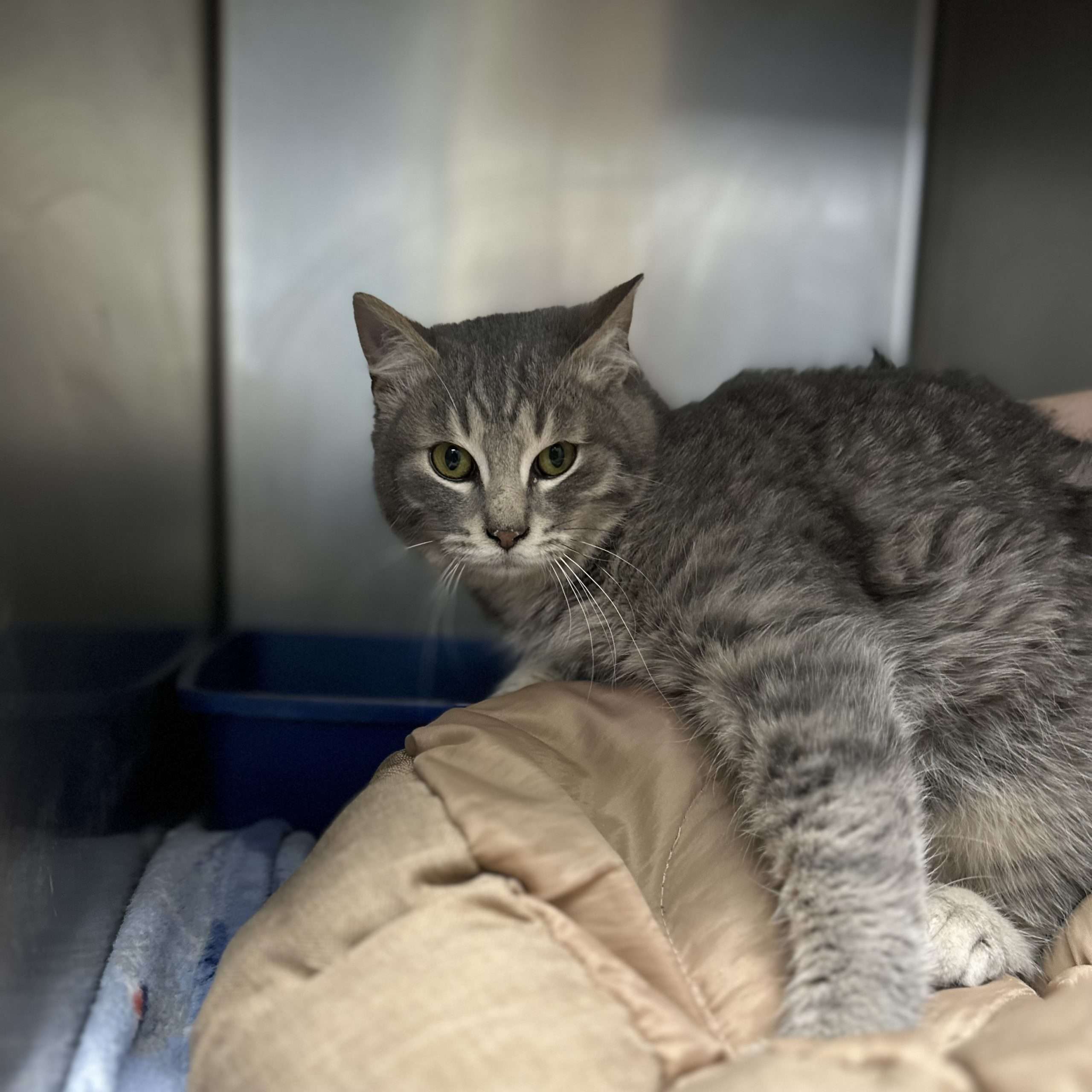 SAL is a roughly  1 year old shorthair that was found stray recently. He can be very timid, but does enjoy being petted. Sal would benefit from a quieter home, as he is a very shy fella. He does enjoy being petted, and receiving attention from people. Once Sal gains confidence, his true personality will blossom. 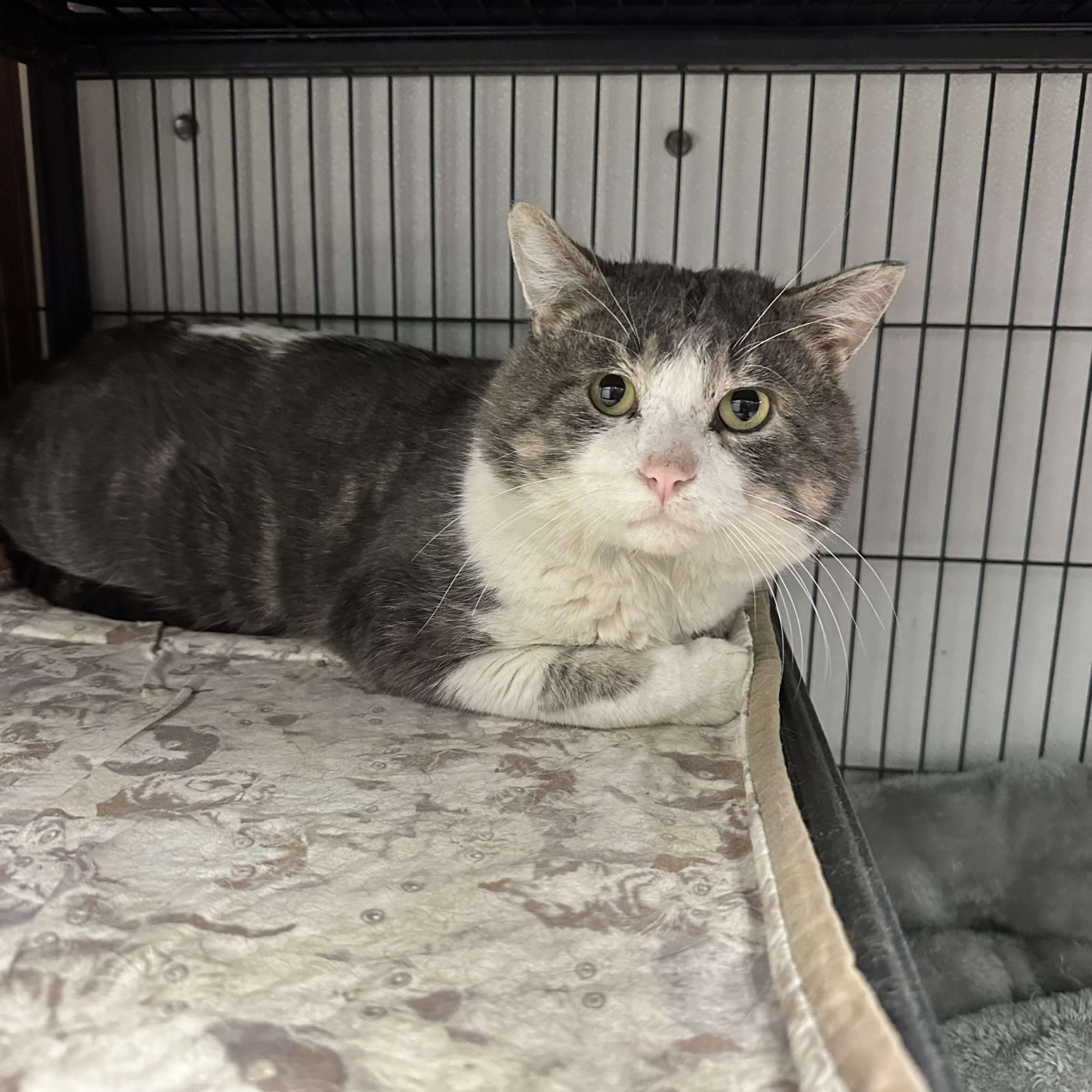 HERCULES is a 4 year old shorthair that was found stray on Gogebic street in Ironwood. He is a big fella. Hercules is a little unsure of people at first, as he probably hasn’t had many interactions with humans before. Once he feels comfortable is a real sweetie.  We aren’t sure how Hercules would do with other cats, as he seems to be a pretty mature and  “street wise” cat. One thing is for sure though,  he LOVES attention. 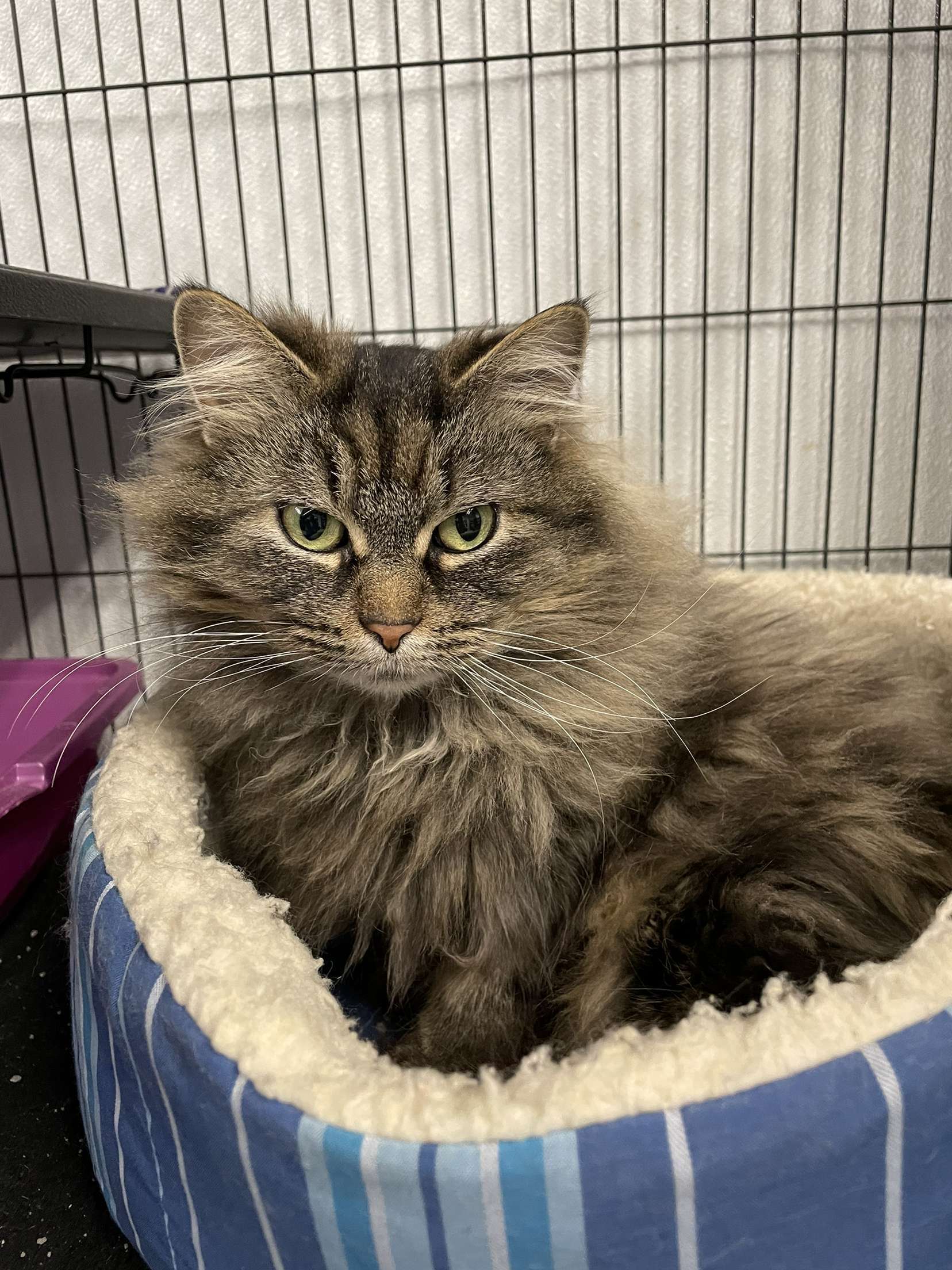 COFFEE is a 2 year old longhair that was found stray on Lake Rd recently. At first she was a little unsure of the staff, but it didn’t take her long to warm up and show us her true personality. Coffee is still a little timid, but she enjoys attention from people. She would love a quiet home, where she can relax. 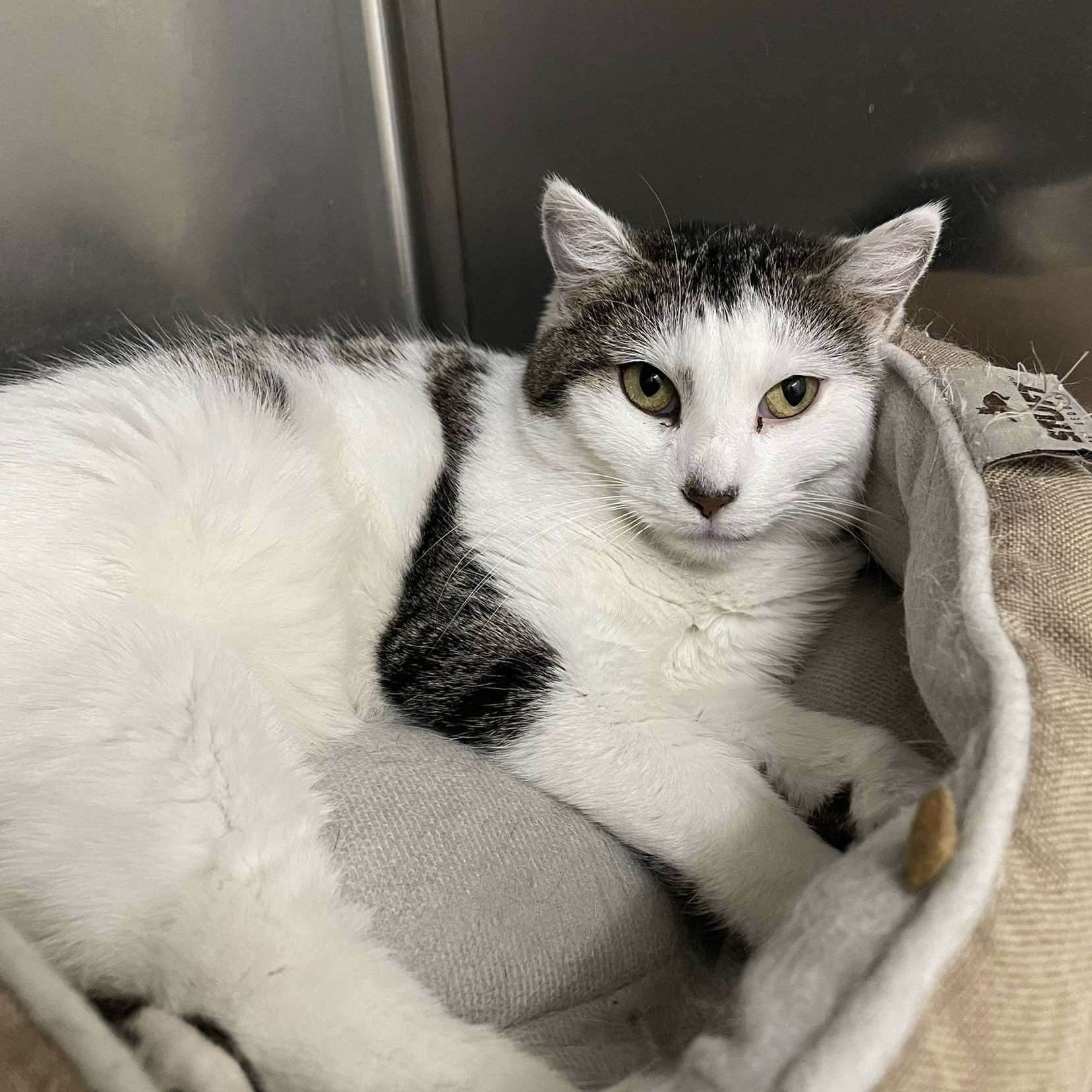 THURSDAY is a 3-4 year old domestic shorthair that was live trapped and brought to the shelter a few months ago with two of her kittens. Thursday is a timid cat, and it does take her awhile to warm up to new people. She would enjoy a quiet home, maybe even just one person who would dedicate the time to help her adjust and gain confidence. 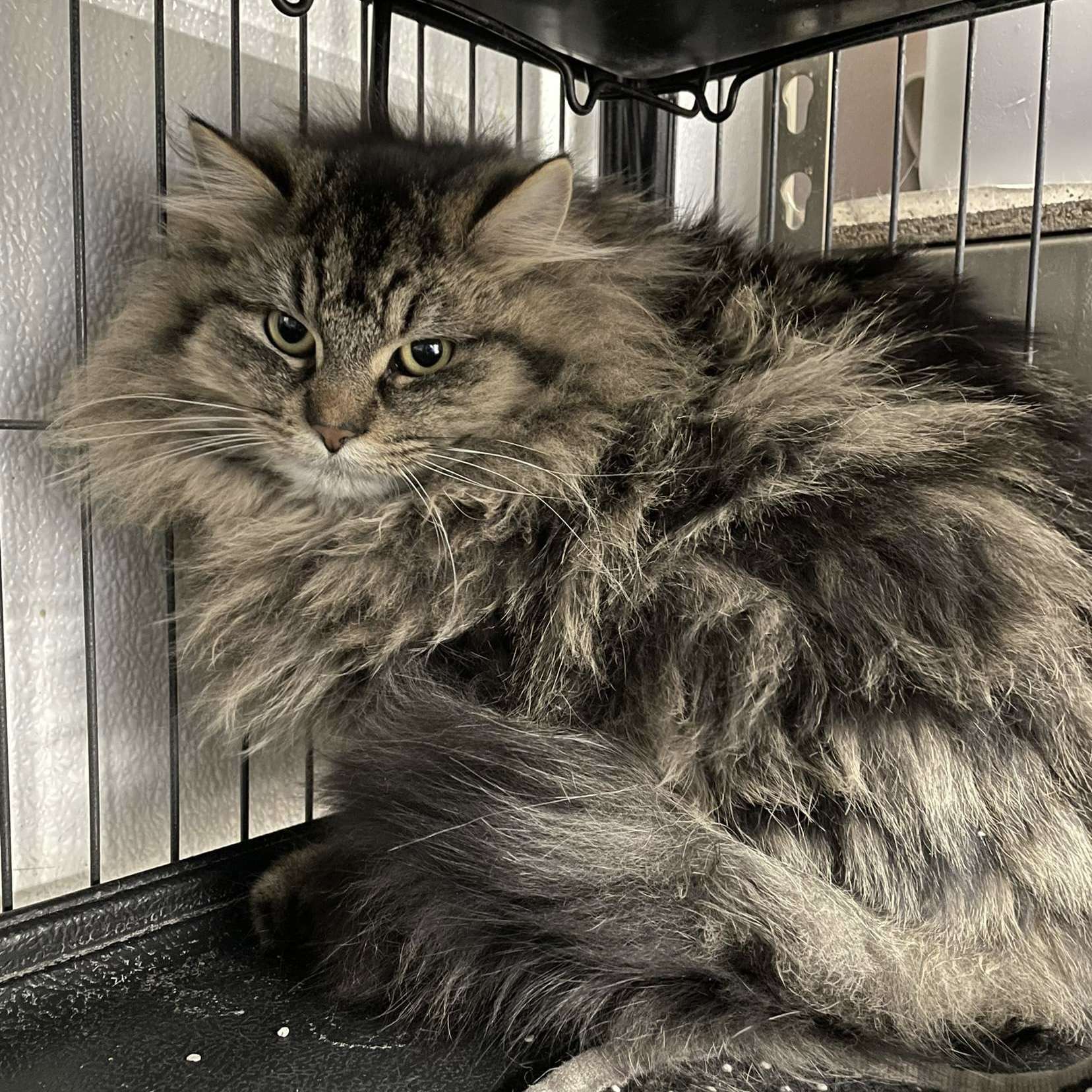 TOFFEE is a domestic longhair that was found stray on Lake Rd in Ironwood recently with COFFEE. At first she was very scared, and even let out a few hisses at the staff. But after our great volunteers put in the work, she is starting to trust humans again. Toffee is still a little shy, and doesn’t like loud noises so a quiet home would be best. With lots of love and patience she will make a great companion. 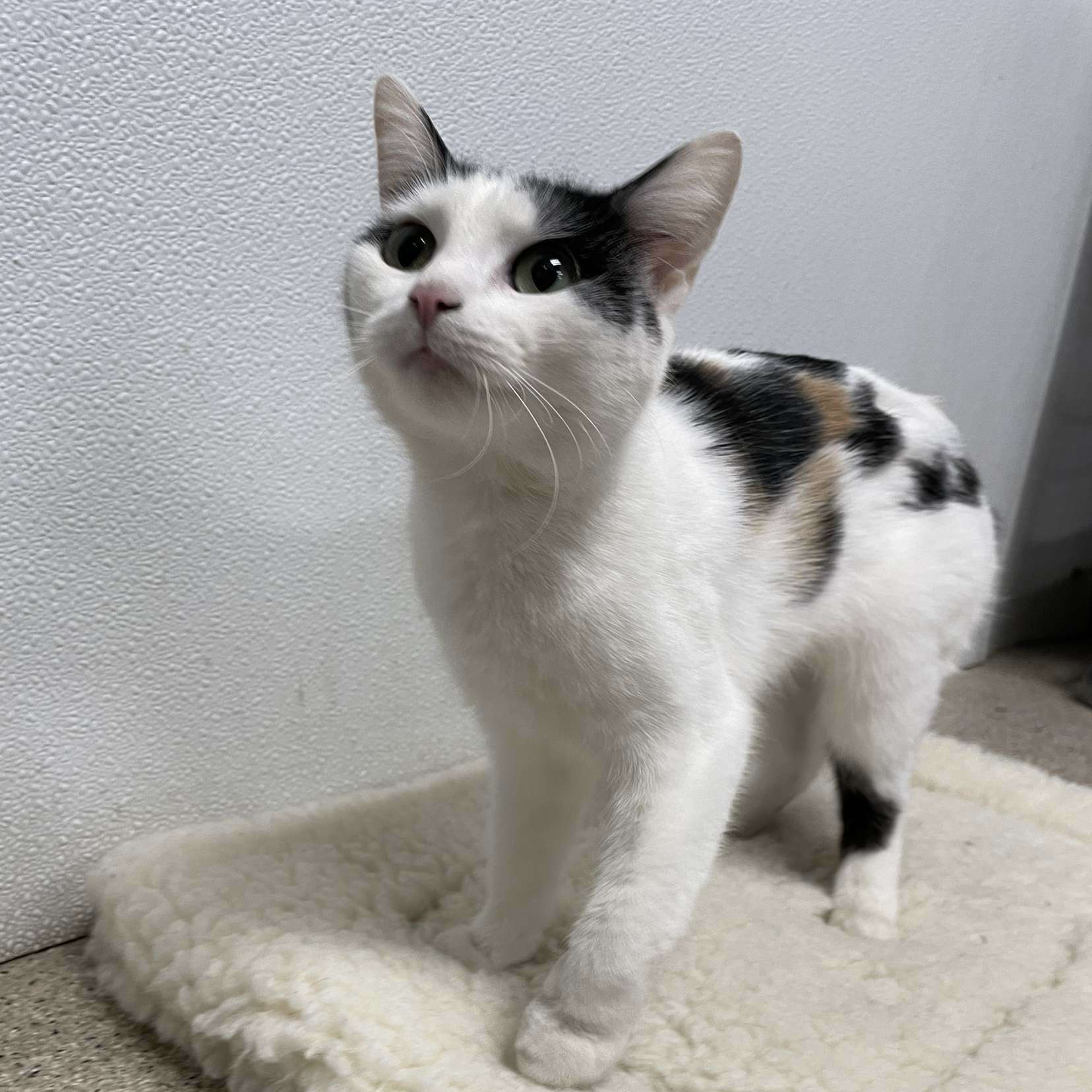 NAGINI is  a 3 year old cat that was surrendered recently. She is a friendly petite cat. Nagini, has lived in a home with other cats and dogs but would prefer a home without doggy friends. Nagini is a very curious and adventurous cat. 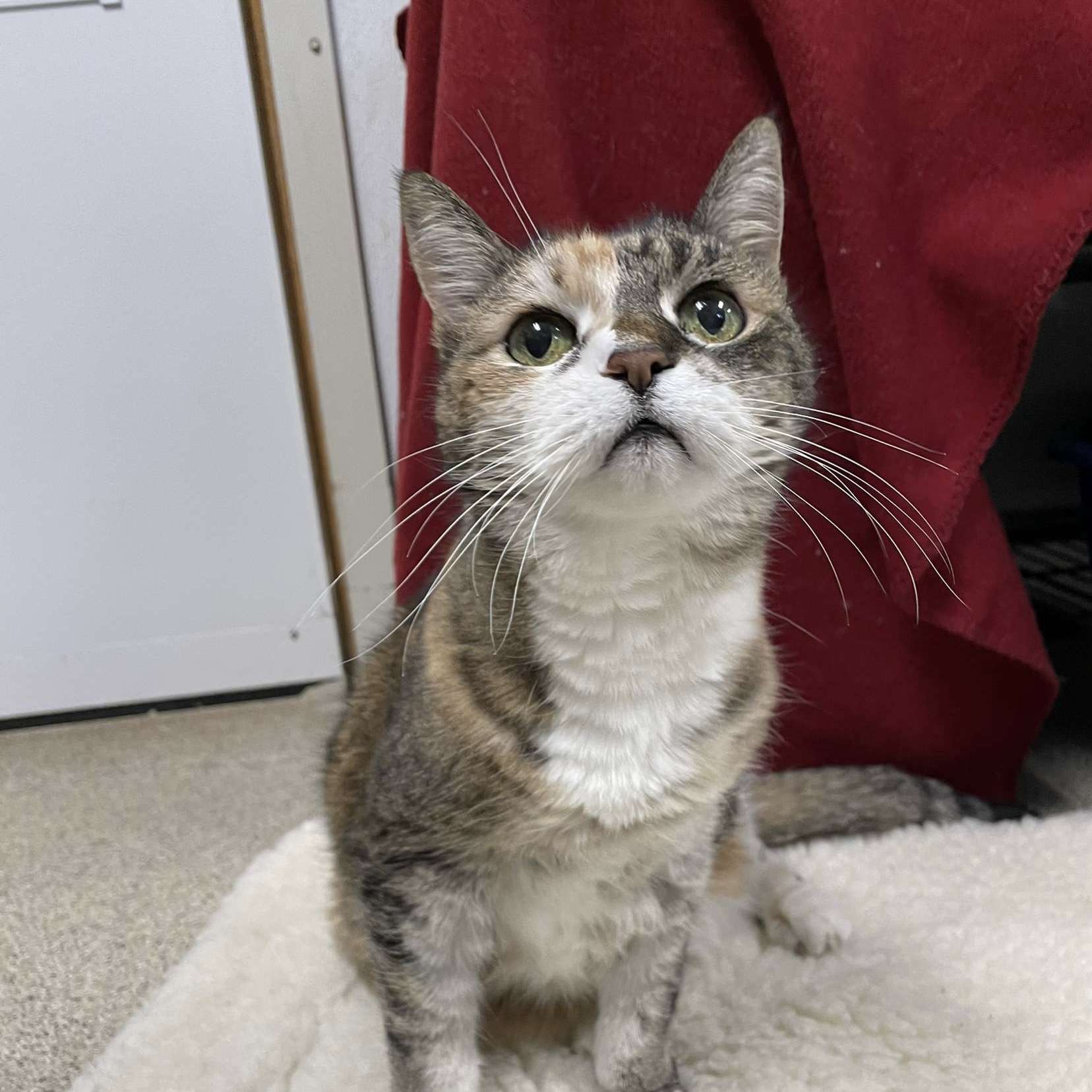 SHERPA is an older cat that was brought to HOPE after her owner passed away. Sherpa is a very sweet cat, who loves attention from people. She would benefit from a calm home where she can lounge around all day. Sherpa has the most unique markings, and such soft fur. She would make a great “lap kitty”, she  just doesn’t enjoy being picked up. 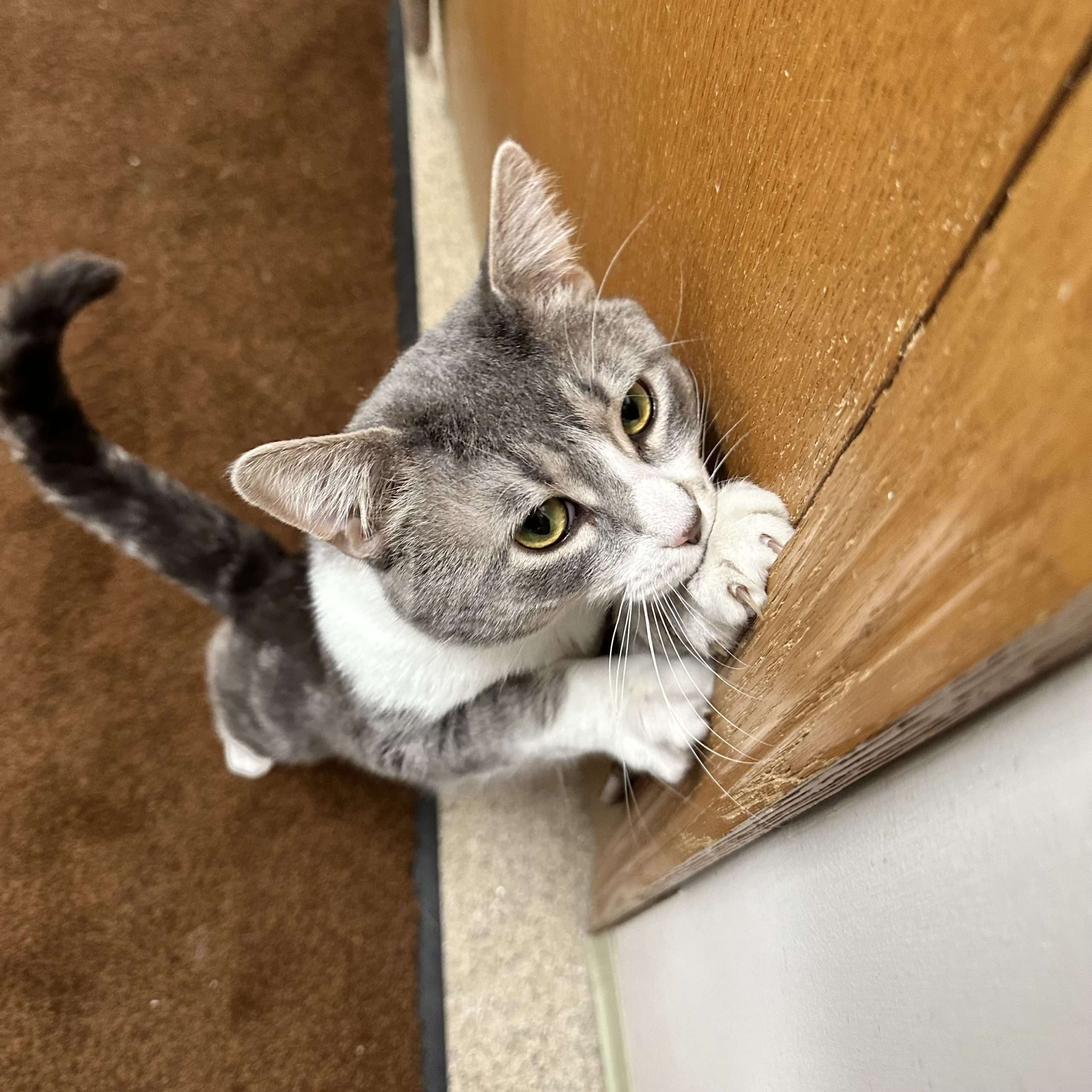 AXEL is a 2 year old shorthair that was abandoned recently. He is a beautiful cat, with a lot of personality. Axel loves attention, and he has a good voice to let you know when he wants it. Axel is an independent cat, and although he loves people he does value his own space at times. 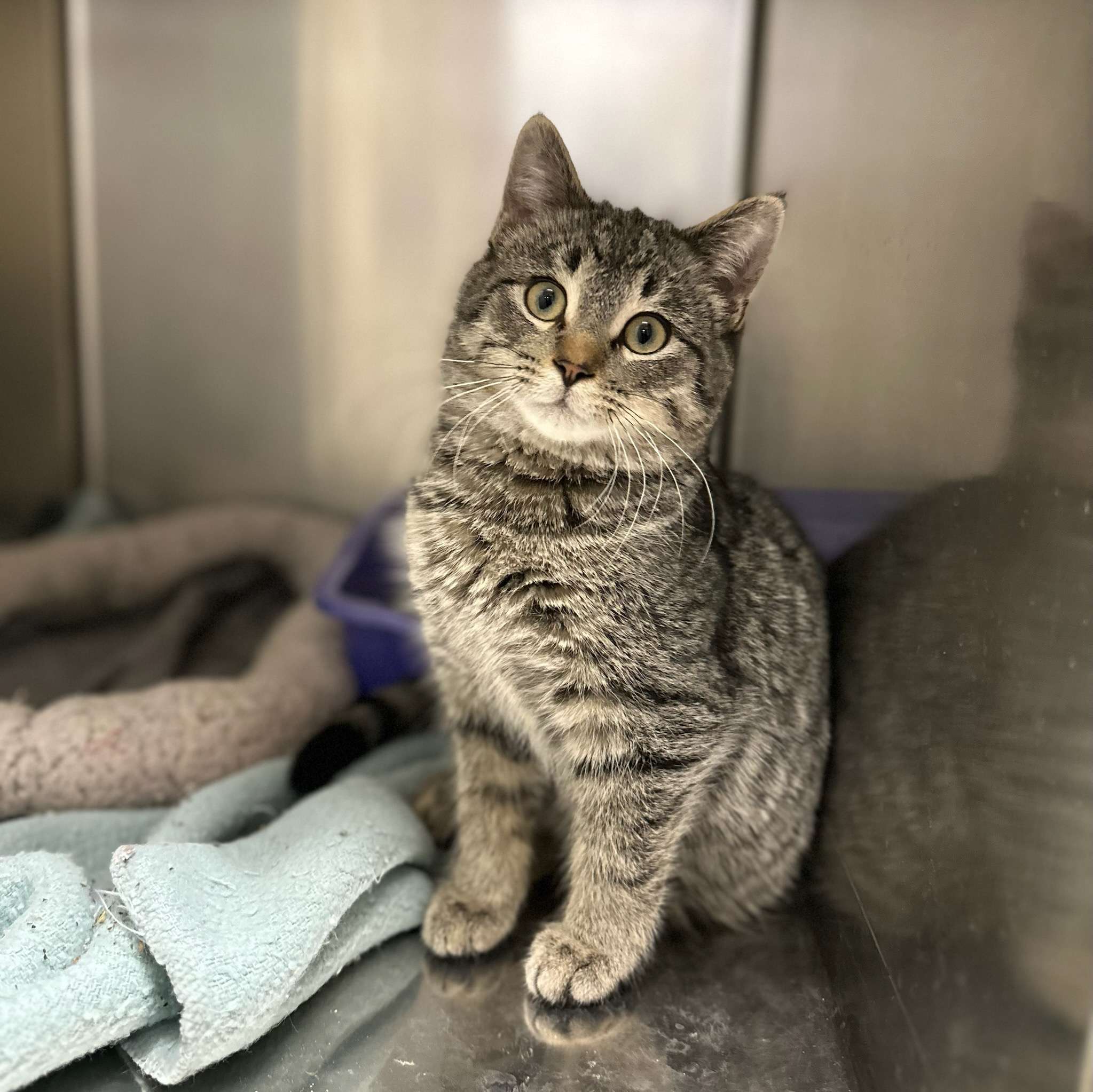 ANGUS is a 6 month old shorthair that was found stray on Washington St in Ironwood. At first he can be a little shy, but once he warms up to you he is a very sweet boy. He has the softest fur, and just purrs and purrs. Angus loves toys and treats, and getting attention from people. We are unsure of how he would do with other cats and dogs at this time.